Annual Chalmerscortege where giving lot of amusement this year too.

This is an annual tradition with a more then 100 years history. In Gothenburg we always are trying to make jokes on the language or dialect. Like some kind of word play. The rhymes on these vehicles have to contain some kind of gothenburg jokes with a rhyme. I am trying to translate some of them to english.

"The carwash" down by the citylibrary got big attentions last year. It is some kind of decoration in the middle of the road where you see small fountains of water with coloured lights. It looked quite good but no one had been thinking about all kids who loved running through the cascades and got out in the road in front of buses and cars. Later when someone recorded the cascades a car went through the cascades. The film got on to youtube with the swedish name of "Sveriges dyraste biltvätt" which is "Swedens most expensive carwash". These students are writing "Something got a failuresmash - sweden most expensive carwash".

A Fredrik Front uploaded a video when someone drives through the fountains with his car and it went to a big hit on youtube.

You are able to see the video here>>>

I where expecting more about Donald Trump and North korea this year but most jokes where about failures from local politicans and sportsevents like Iceland and Norway.

As usual these technicians got many ways of designing different vehicles. Like this "Bad car" that means bath tube in swedish. 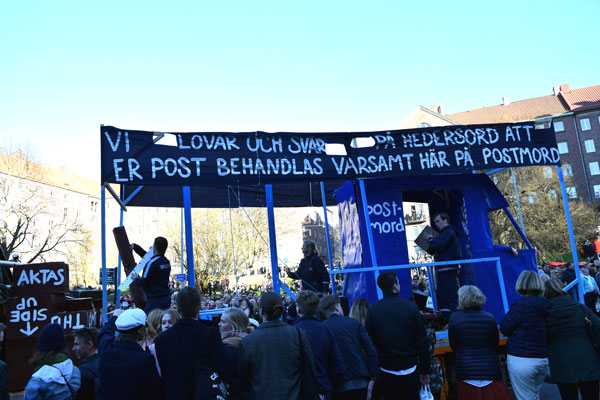 Our postoffice gets critics because they are not able to deliver our packages and letters in order. Our official name on this service is called Postnord but chalmers calls it "Postmord" which means "postnurder" in swedish. 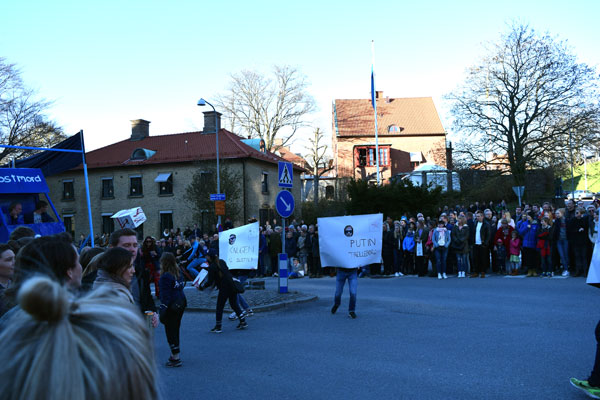 Behind the wagon you see letters and packages that are getting lost and are not able to find the way. 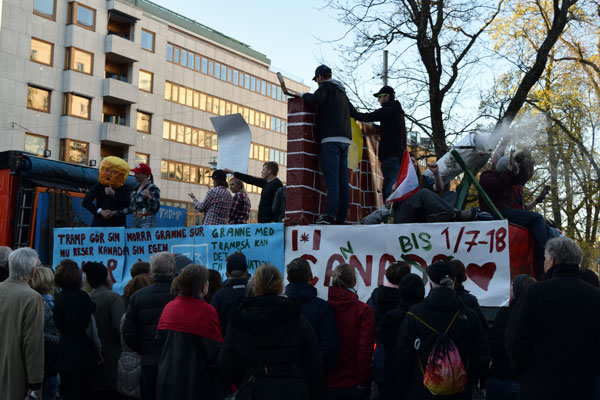 Trump got some jokes. Like this one "Tramp makes his northern neighbour pissed above all, now the canadians build their own wall". 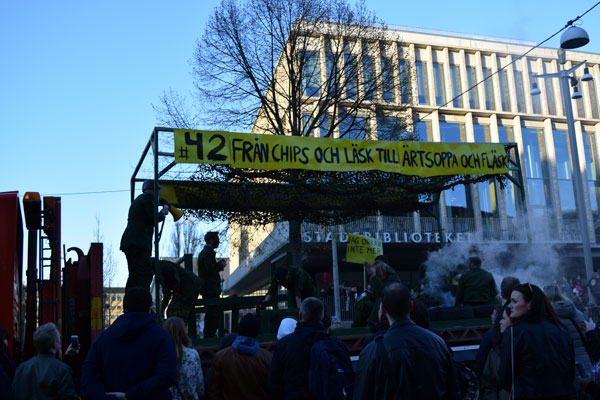 At the moment Sweden is going back to the old tradition with calling in youngsters for muster. I am trying to translate the rhyme here. How about "From chips and the soda uncork to peasoup with pork"? 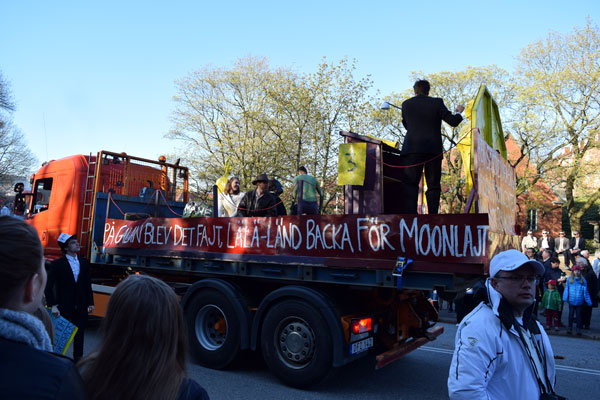 The oscars event in Hollywood last year also gets some hardships. "on the gala there was a fight, La-la land had to back off for moonlight"

Also iceland had some attention. "Half of Iceland where on the plan, the rest did the vulcan".

Also Therese Johaug or the Norwegian cross country skiing society got critics for the mishappening with lipstick last year.

One of all "homemade" cars that where shown during the carneval.